This is a story that I have read in WhatsApp sent by someone and I agree.

Even today there are a lot of people who thinks why do people worship Idols made out of stone while they claim God is everywhere. Same was the thought for a king who have asked the same to Swami Vivekananda. Here is his response.

Swami: OK, King, I’ll try and show you practically… and turns to a servant and asks him to bring down Kings portrait that exist just above where King was sitting. Servant does the same. Then Swami asks him to spit on it. Servant gets confused and keep looking at both the King and Swami. Swami continues to order him the same more aggressively. King appears to get angry. After a while, Servant shouted at Swami saying “my king is there in that portrait; so how do you expect me to spit”.

Then Swami says “what? your king is sitting just in-front of you; that is just a paper. so you can feel free to spit”. Servant replies “no, I believe wherever I see face of my king, he exist there”.

Swami turns to King and says this is the same way people believe in idols as their God. Idols and temples are important to create a concentrated environment to worship.

Have a wonderful day!

Today, we often observe that people switch jobs for almost no reason; one of the most common reason is that the other company is offering some extra money. People especially youth of today should know that they should not switch jobs for pity reasons; there must be a strong reason for switching job. If you…

It’s a great honor and privilege to be one among the recipients of NCPEDP MphasiS Universal Design Awards 2013 supported by AccessAbility and BarrierBreak. . I extend my heartfelt gratitude to Ms. Rama Chari of Diversity and Equal Opportunity Centre for having nominated my name for this prestigious award and thanks to the Jury for… 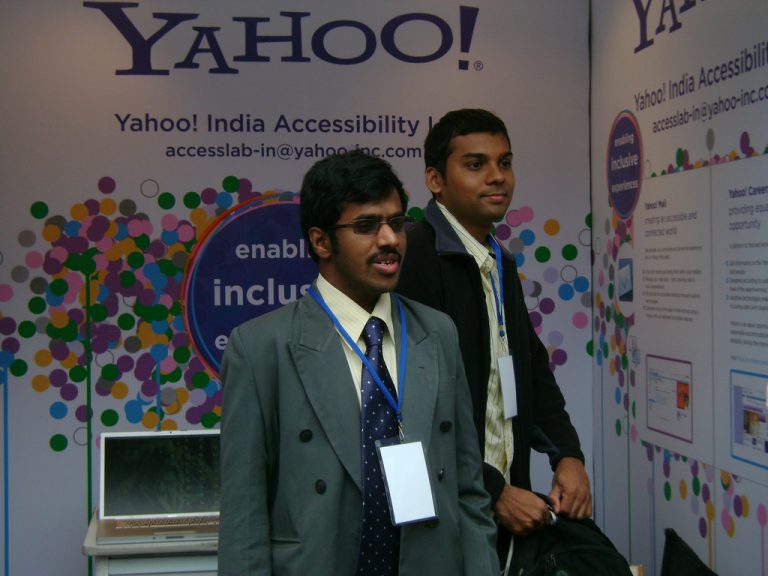 It’s good to see Bharatiya Janata Party (BJP) is in a good shape to grab required seats to form the government yet agin. There was certainly good progress to the nation during NDA (National Democratic Alliance)’s government for last years. India played a critical role to have Yoga recognised by the United Nations; there were…

Saddened to hear about the demise of Shri. (Padma Bhushan) Nookala China Sathya Narayana. He passed away yesterday (11th July, 2013) at the age of 90. May his soul be rest in peace. I was not lucky enough to meet him in person but heard a lot about him and that he was another Guru…

Due to unprecedented situation of Carona Virus (COVID-19), while people in some sector are able to work remotely, there is halt for a lot of activities including cultarul activities. There are many people who rely solely on a specific art for their livelihood such as performing music concert, Harikatha, dance etc., Unfortunately, this situation will…