This is the second time (first was in 2008), I’m following Cricket World Cup. I am thrilled to see that all teams are playing with zeal and doing their best to make their country proud of them. All teams are putting such an effort that even if they loose, no one will blame them.

As far as India is concerned, except the match on 22nd June, 2019 against Afganisthan, they have played all the matches very well. Rohit Sharma has made centuries in all of the matches except with Afghanisthan. During match with Afghanisthan, all the players have wasted a lot of balls; but fielding saved India. I just sensed that Indian team has under-estimated Aghanisthan. But Afghanisthan team have done a great job as well. It’s sad that Shikhar Dhawan is away for a few matches due to injury but I am hopeful, he would return soon. KL Rahul wastes a lot of balls initially but contributes in the later part of the game.

I wish all the teams best of luck. No matter who wins, it’s matter of sport spirit.

I extend warm greetings to all my fellow Indian and non-resident Indians on the auspicious occasion of India’s independence day! As we know India got its freedom in the year 1947 and thus far we have made a tremendous progress but we are a long way to go! While we celebrate the Independence day and…

Today, I saw a posting on one of the mailing lists in India requesting for a scribe to write an examination for visually impaired. There’s no surprise in it, but what made me to feel surprised is that the candidates has to appear a bank examination conducted online!! If the examination is conducted online, why…

Greetings to fellow citizens of India on the eve of 70th Independence Day! It’s highly inspiring to see celebrations have already started across the country and especially on social media! I still remember the enthusiasm we used to have during our childhood towards independence day. Celebration planning used to begin at least a week before…. 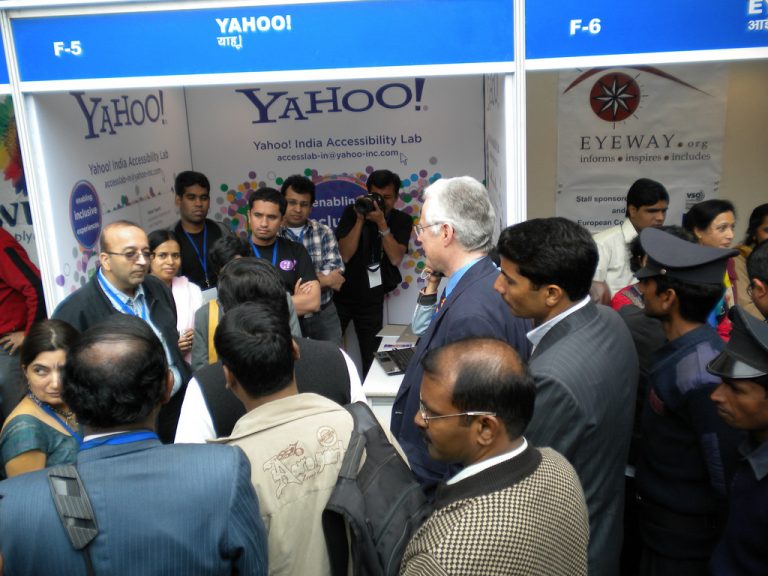 Techshare India 2010 was another unique experience and an excellent platform to network, learn and share! I have reached Delhi on 14thFebruary, 2010 (hmm. enjoyed business class flight in spite having economy class flight due to overbooking of the flight!) and visited India Habitat Centre in the evening; it was pleasure to meet whole gang…

It was on the 14th August, 1947 midnight when India got freedom British ruling and since then India has progressed indeed in a great way and we have a long way to go. I join every fellow citizen of the country in celebrating this auspicious day and wish a glorious future to India. Often times…