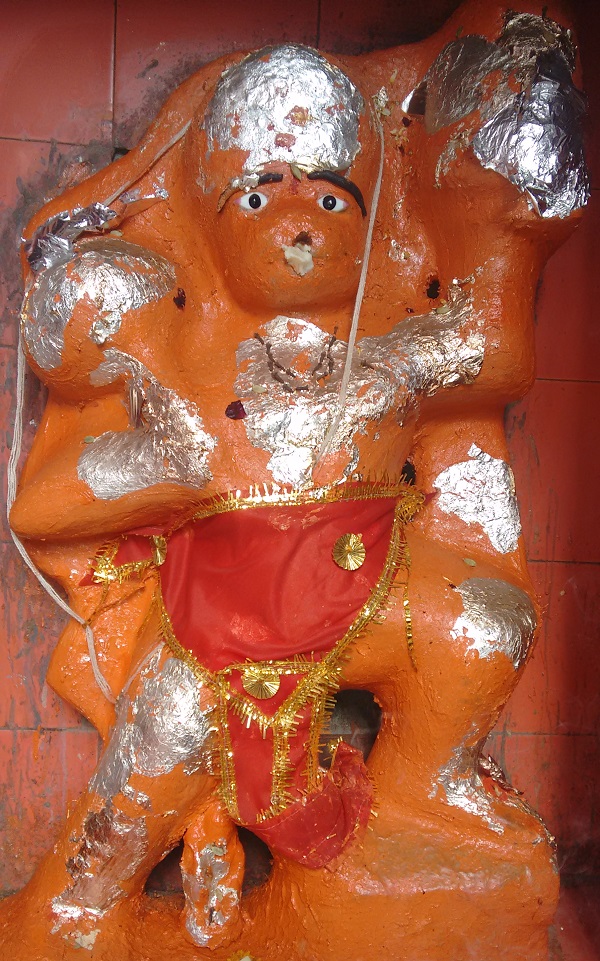 Lord Hanuman is regarded as the one who secure us from danger. As per Hindu Calendar, today is Hanuman Jayanti (birthday). I still remember my father used to chant Hanuman Chalisa while we get to sleep. It’s also a belief that while listening or chanting Hanuman Chalisa before sleep keep us away from danger dreams.

How to Celebrate Hanuman Jayanti

Lord Hanuman, a dedicated disciple of the Hindu Lord Rama, is worshipped all over the India by the Hindu people for his deep devotion to the god Rama. At the day of Hanuman Jayanti celebration, all the Hanuman temples become full of crowd as people started puja from early morning after a holy bath. Hanuman Jayanti is celebrated with great enthusiasm by the people of Hindu religion as an important festival of the Hindus. It is a great Hindu ritual celebrated in cultural and traditional way.

People worship Lord Hanuman as a symbol of devotion, magical powers, strength and energy. People read Hanuman Chalisa as it has ability to conquer the evil spirits and provide peace to the mind. The devotees of Lord Hanuman visit Hanuman temples at this day after a holy in the early morning, apply red tilak (vermillion) to the foreheads of Hanuman idol, read Hanuman Chalisa, offer Prasad of laddoo, do Aarti by chanting mantras and Aarti songs, make round of the temple and so many rituals. As Lord Hanuman was born to the Vanara community having reddish orange color body, that’s why it is seen to all the Hanuman temples having reddish orange colored Hanuman idol. After puja, people apply red Sindur to their own foreheads as a Prasad and distribute laddoo Prasad among people to get blessed with what they have prayed to their God Hanuman.

In the Maharashtra, it is commemorated to the Purnima in the Hindu Lunar month of Chaitra. However, according to other Hindu calendar, it falls on 14th day (chaturdashi) of Ashvin month in the dark fortnight. After puja, Prasad is distributed among people to have full blessings.

Hanuman Jayanti celebration indicates the balanced coexistence of the whole human fraternity with the nature’s incredible creature, Lord Hanuman from Vanara community. People from the Hindu religion worship Lord Hanuman as a divine creature. This celebration has lots of importance to all however Brahmacharis, wrestlers and bodybuilders are specially inclined towards this celebration. There are many names through which Lord Hanuman is famous among his devotees like Bajrangabali, Pavanasuta, Pavankumar, Mahavira, Balibima, Marutsuta, Anjanisut, Sankat Mochan, Anjaneya, Maruti, Rudra and many more.

Hanuman avatar is considered as the 11th Rudra avatar of the Lord Siva with great devotion, strength, knowledge, divine power, bravery, intelligence, spirit for selfless service and etc. He has devoted his life only for his Lord Rama and Mata Sita and never shows his bravery and intelligence without any purpose. The devotees of the Lord Hanuman always pray him for getting blessed with the same for their bright future. He is worshipped in many ways by his devotees; some meditates by repeating his name many times to get power, fame, success and etc in the life whereas some reads the Hanuman Chalisa to get the same.
Source: India Celebrating.com

Listen below Hanuman Chalisa in Telugu

Do celebrate Hanuman Jayanti and may he shower his blessings to all of us and safeguard us from all dangers and give us strength to succeed.

This year it is a sort of coincidence that two of my favorite auspicious occasions have come on the same day. That are Vinayaka Chavithi (birthday of Lord Ganesha) and Teachers day (birthday of Dr. Sarvepalli Radha Krishnan, Educationist and the 2nd President of India). Vinayaka Chavithi is yet another festival which I enjoyed a…

This is the 32nd year of 60 years from Telugu Calendar. This is called “Shri. Vilambhi”. Telugu and Kannada new year are celebrated as “Ugaadi” and Marathi speaking people celebrate this as “Guid Padva”. For Telugu speaking people, festival starts with eating a dish that is made up of Mango, Neem, Chilli powder, Bananan, Jaggari…

Ugadi is one of the popular festival for Telugu Speaking people. There is a 60 year cycle in Telugu calendars and we are now entering into 34th year that is named “Sarwari”. Although right now we are all dealing with COVID 19 also known as Carona Virus, we will get rid of this difficult situation…

Bhogi, Makara Sankranthi, Kanuma and Mukkanuma are celebrated as biggest and one of the auspicious festivals in Andhra Pradesh. In fact, celebrations of this festival begins a month before and that is called Dhanur Masam. Bhogi is the first day of this four day pongal festival. Normally it comes on 13th day of January; but…